Racism on a World Stage: Where is the Common Sense? 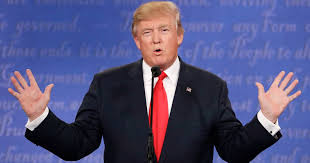 Diversity in any organization or society usually brings strength because it allows different points of views to flourish instead of narrow minded thinking. This is more vital today than ever before due to globalization.

While many business leaders believe that diversity is beneficial, but it does not help the world move forward when one of the most powerful leaders make derogatory comments about certain people and countries.

Recent US President Doanld Trump’s derogatory remarks toward Haiti and the African nations has brought condemnation from around the world such as the United Nations. During immigration talks, he referred to them as “shit hole”, which he denies.

How can a world leader make these types of comments in 2018? I along with so many other people are just baffled.

Lets have a close look, such views simply highlight that racism and discriminatory thinking is alive and well , even among the billionaires.

Such hideous remarks give some people the opportunity to show their hatred towards who are different.

It reminds me of the days growing up in Prince George, B.C. in the 70′ where racism was everywhere, not only in schools, but also in the general society. For example, one of my teachers would often say, “.. don’t bother getting into a field that requires English. You’re going to go work in a sawmill anyway”.

Then when I got into the media, again racism was present. Not only within the well respected organizations such as CBC (Canadian Broadcasting Corporation), but also among the newspapers and private radio stations that I worked at. At times even the listeners added their two cents by calling to complain, “take that Hindu off the air.”

Despite what is happening on the world stage, we must denounce such backward thinking because the world cannot afford to trek into reverse. If such behavior is not checked, then it only becomes cancerous.