Hate Crimes on the Rise Among Asians 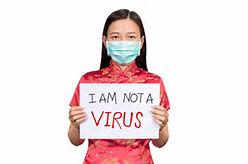 One would think  during these unprecedented times the goodness of humanity would triumph. Yet, instead horrific elements of mankind are surfacing in   Vancouver, a multicultural city that often boasts itself as one of the most livable and greenest cities in the world.

While most people are staying inside, afraid of catching the coronavirus, but some members of the Canadian – Asian community has another issue to deal with when venturing out – racism.

According to the Vancouver Police Department, 20 hate crimes have been reported this year, 11 just in April compared to just 12 such cases reported in 2019. These numbers are probably  much higher since many victims do not report due to fear or shame.

Recently a woman on a street was punched in the face by a man for no apparent reason. In another incident a young lady was physically attacked in the Skytrain, the culprit yelling that his daughter is sick because of you people, referring to COVID 19.

Several weeks earlier a 92 – year old male with dementia wandered into a convenience store when a man started shouting racist comments that included COVID 19. According to the VPD,   then the man grabs the victim by the arm and takes him outside and pushes him, causing the elder man to hit his head on the concrete.

Such barbaric acts toward innocent people are shameless and uncalled for in a multicultural city that has different religions, ethnicities and cultural groups from all over the world.

Furthermore, it is unthinkable for individuals in prominent positions such as an Ontario MP, Derek Sloan, questioning the loyalty of Chief Doctor,  Theresa Tam,  who is from Hong Kong.

What is needed in our societies, neighborhoods and in homes is more education and understanding. Furthermore, community leaders from all ethnic groups including politicians need to condemn such behaviour of the few.

These are the times when Canadians from all walks of life need to come together to show compassion and empathy towards one another instead  of hatred.