A determined optimist with a strong work ethic, Gobinder ignored naysayers who told him he would amount to nothing. Instead, he followed his vision and pursued his dream of a career in the media. Gobinder acquired a Bachelor of Applied Journalism degree as well as several diplomas and certificates in acting and film.

During his two decade career in the media, Gobinder acquired experience in a variety of positions, including on-air radio announcer, program coordinator, advertising sales representative and advertising sales manager.

In addition, he has written a syndicated column and numerous articles for Metro Valley Newspapers and The Vancouver Sun on business, cultural diversity and other issues involving ethnic communities. He worked for CBC Radio and Television as a reporter and researcher. He had principal acting roles in television dramas (such as Air Wolf) and television commercials. He has also worked as a movie and a TV set dresser (some of the titles include Air Buddies, Dr. Doolittle, Another Cinderella Story and Psych). 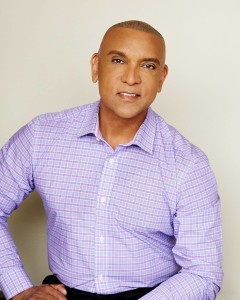 Gobinder Gill has a profound perspective on North American diversity that can only come from first-hand experience. Orphaned in India at the age of eight, Gobinder was raised by relatives.  He immigrated to Canada at the age of nine and faced a disadvantaged childhood and extreme racial prejudice.  After graduating from high school in Prince George, B.C., he came to Vancouver in 1981 and entered the workforce — only to find himself once again encountering prejudice and discouragement.

He has also authored a book on cultural diversity in the workplace called “Achieving Prosperity Through Diversity”, which was named the #1 Best Seller on Amazon, and spoke at TEDx Stanley Park in a speech titled Diversity – Evolution of the Unthinkable. Today, through public speaking engagements, seminars and workshops, he provides diversity and cultural sensitivity training for various organizations.  He is also a motivational speaker on topics of self-belief and self-empowerment.

“Gobinder Gill is a fantastic speaker and a master of inspiration through his art of Diversity/Cultural Sensitivity. I was extremely moved by his keynote speech. I truly believe everyone can benefit from his wit, wisdom, lived experiences and his knowledge. “ 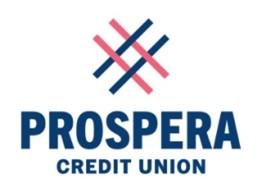 “On behalf of Prospera Credit Union, I’d like to express our appreciation for presenting to our leadership conference. Thank you for the excellent, valuable and personal presentation! You are a great speaker. ”

“On behalf of the Valley African Nova Scotian Development Association (VANSDA), I wish to express our many thanks for your contribution to The Bridging the Gap – The Road to Employment Equity Conference. I have received many very positive comments.”

“I came away from Gobinder’s session realizing the unconscious bias within me. The simple act of looking at pictures and acknowledging what first comes to mind was very powerful. The most important take away from the session was how important it is to embrace our differences to achieve our best.”

“Mr. Gobinder Gill introduced me to the world of public speaking. When I met him, I did not know anything about public speaking and it was a completely uncharted territory for me. He coached me for the TEDxStanely park that took place in 2015. It turned out to be an amazing experience because he was so patient and supportive. I learned a lot from him and because of him I got the confidence to explore this uncharted territory.”

“Gobinder is one of our best reviewed workshop facilitators, he keeps things engaging, entertaining, and on schedule. He is a true professional, who takes pride in what he does and is always a pleasure to work with!”

” I was particularly delighted with how you managed to gently but firmly change the mind set of our ED and a couple of directors from resistance to being quite interested in pursuing some conscious work around this theme within our organization. I loved the way that you guided us in such a casual and engaging way to recognizing that we not only must but also can and will be able to make diversity and inclusion happen naturally within NatureKids BC.”

Gobinder’s story telling captivated our audience right from the start! His message on “Leveraging Global Talents” served as a good lesson for business owners and managers on how they measure on the diversity spectrum and what they can do to improve job satisfaction and retention with some easy to implement strategies. His message also gave job seekers and employees a good understanding of the type of work environment to look for and their part in contributing to a productive and diverse team. Gobinder was well prepared, well spoken – and well received! Our English language students had such positive feedback that we invited him back for our Multiculturalism event!

I enjoyed myself very much and thought the event was chock full of interesting pieces, the middle school students, the entertainers, and what a wonderful MC, Mr. Gill is certainly one classy man. He did such a good job, so professional and certainly a great speaker and fun!

” As the Director of Talent Acquisition & Development for Beall’s, Inc., I have the pleasure of sourcing, assessing and implementing our corporate training and development initiatives. In 2016 Bealls wanted to focus on the importance of cultural awareness, in order to further embrace diversity within our organization. During our annual employee appreciation meeting we invited Gobinder Gill to be our Keynote Speaker. Gobinder presented a motivational speech to our team that was fresh, inspirational, enriching, and created a wonderful message. The feedback from our team was extremely positive, and his delivery was both authentic and full of grace. Gobinder has a very moving and elegant personal presence and presented the concept of cultural diversity with tremendous warmth and genuine tone/spirit. I highly recommend Gobinder Gill for any and all opportunities that he might seek in the future.”

“Gobinder was a delight to work with. His reasoned thinking, fair-mindedness, limitless energy, positive attitude and boundless enthusiasm made him a great team-mate and valued leader. He was much loved and respected by all. In fact, if it wasn’t for Gobinder, I doubt that these TEDx Stanley Park conferences would have been the wild successes that they transpired to be.”

“ I was extremely moved by your presentation, as you were the most prolific, engaging and helpful speaker in the entire program at BCIT. Your story and passion to succeed has left an indelible impression on me. Your simple tips to not only to succeed in life, but also in business, has motivated me to move forward in my own personal life and business.”

“We have had the good fortune of having Gobinder provide his informative and motivational workshops around Cultural Diversity in our environment and in the workplace, to a number of programs here at the Peter Thomson Centre for Venture Development at BCIT for over three years now. What stands out is Gobinder’s ability to really connect with his audience as his passion and sincerity is right out front in all if his presentations.”